gamersgate.com
$34.99
See it
Price history
×
Add to wishlistAdded to wishlistRemoved from wishlist 0

After the outbreak of the deadly Red Plague and global nuclear war, humans have largely become extinct, with the few surviving ones becoming mutants, having been affected by radiation. The Elder, the only person with the knowledge of the past, resides in the Ark, a fortified settlement that serves as the last bastion of civilization. With severe resource shortages, the base sends out special mutants called Stalkers who scavenge resources in the surrounding wasteland known as the Zone. However, the Zone is also populated by Ghouls, human survivors driven violent and insane from the aftermath of the bombings who worship the old world civilization as the Ancients.

Two Stalkers, Bormin (a humanoid boar voiced by actor Enzo Squillino Jnr) and Dux (a humanoid duck voiced by Jared Zeus), are tasked by the Elder to head north to search for another Stalker, Hammon. Hammon is a technical genius and is the only person capable of keeping the Ark’s systems running, but he and his team disappeared during an expedition, and his absence puts the entire Ark at risk. Bormin and Dux set off to find Hammon, finding clues that he journeyed north to investigate a strange craft that crashed from the sky, believing it holds the key to finding the mythical promised land of Eden. As they travel north, they find and rescue Selma and Magnus, Hammon’s fellow Stalkers. They also learn of the Nova Sect, a group of fanatically religious Ghouls who seek to restore Ancient weapons technology that can be used against the Ark. The Nova Sect was able to capture Hammon, and are attempting to force him to assist in their plans. 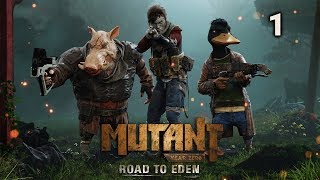 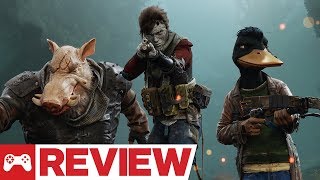 Be the first to review “Mutant Year Zero: Road to Eden” Cancel reply