kinguin.net
$67.68
See it
Price history
×
Add to wishlistAdded to wishlistRemoved from wishlist 1

Just Cause 4 is set in the South American country of Solìs, and the franchise’s protagonist Rico Rodriguez is tasked with freeing its people from a vicious dictator. By causing mayhem and destroying government military assets, Rico inspires the citizens of Solìs to join his Army of Chaos and fight back against the oppressors. This is the typical narrative that Just Cause is known for — and it’s exactly as cheesy as it sounds — but that’s a good thing. Good satire is rare these days, and a video game that humorously captures what we hate to love and love to hate about corny Hollywood action movies will always get a grin out of me.

Of course, a Just Cause story needs good comedy too, and Just Cause 4 has it in large quantities. Rico is full of sarcastic wisecracks and funny comments (such as “It’s time to blow some shit up!”) that never failed to get me to crack a smile, and a ton of the dialogue between Rico and other people in Solìs, such as fellow members of the Army of Chaos, is lighthearted and enjoyable.

6.7Expert Score
Just Cause 4Buy Just Cause 4 now!You will receive the key for the game by via eMail within the stated delivery time.Travel with rogue agent Rico Rodriguez to Solis, a huge South American world home of conflict, oppression and extreme weather conditions....
Gamespot
6
IGN
7.9
PCGamesN
7
Metro
6
PROS
CONS 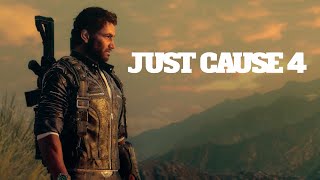 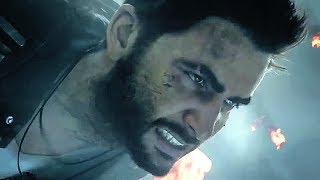 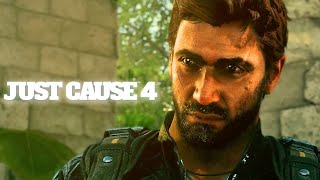 Be the first to review “Just Cause 4” Cancel reply

Just Cause 4 – Dare Devils of Destruction