You will receive the key for the game by via eMail within the delivery time stated above.

Set in the sprawling city of Los Santos and the surrounding area, Grand Theft Auto V delivers an amazing world of unprecedented scale and…

voidu.com
$29.99
See it
Price history
×
Add to wishlistAdded to wishlistRemoved from wishlist 0

Michael Townley, Trevor Philips, and Brad Snider partake in a botched robbery in Ludendorff, North Yankton. Nine years later, Michael is living under witness protection with his family in Los Santos, under the alias Michael De Santa. Across town, gangbanger Franklin Clinton is working for a corrupt Armenian car salesman and meets Michael while attempting to fraudulently repossess his son’s car; the two later become friends. When Michael finds his wife Amanda sleeping with her tennis coach, he and Franklin chase the coach to a mansion, which Michael destroys in anger. The owner turns out to be the girlfriend of Martin Madrazo, a Mexican drug lord who demands compensation to avoid further violence. Michael returns to a life of crime to obtain the money, enlisting Franklin as an accomplice. With the help of Michael’s old friend Lester Crest, a disabled hacker, they perform a jewellery shop heist to pay off the debt. Trevor, who now lives in a trailer park on the outskirts of Los Santos, hears of the heist and realises that it was Michael’s handiwork; Trevor had believed that Michael was killed in their botched robbery nine years ago. Trevor surprises Michael and reunites with him, after tracking down his home.

As time goes on, the personal lives of the protagonists begin to spiral out of control. Michael’s increasingly erratic behaviour prompts his family to leave him. When he becomes a movie producer at film studio Richards Majestic, Michael comes into conflict with Devin Weston, a self-made billionaire venture capitalist and corporate raider, who vows revenge after his attempts to shut down the studio are thwarted by him. Franklin, meanwhile, rescues his friend Lamar Davis from a gangster and former friend Harold “Stretch” Joseph, who repeatedly attempts to kill Lamar to prove himself to his new brethren. At the same time, Trevor’s reckless efforts to consolidate his control over various black markets in Blaine County see him waging war against The Lost outlaw motorcycle club, several Latin American street gangs, rival meth dealers, hillbillies, private security firm Merryweather, and Triad kingpin Wei Cheng. 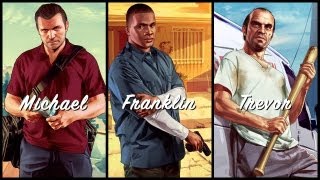 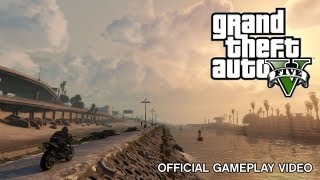 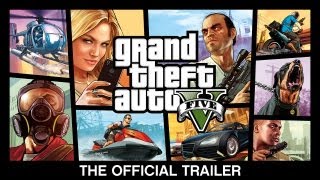