The newest game in the Far Cry franchise brings you back to Montana into a post-apocalpytic landscape nearly 20 years after Far Cry 5….

gamersgate.com
$39.99
See it
Price history
×
Add to wishlistAdded to wishlistRemoved from wishlist 0

Much like Far Cry Primal was to Far Cry 4, Far Cry: New Dawn is a standalone sequel to Far Cry 5 that redresses the same map, but here the events are set years later instead of millennia before. (It’s not mandatory, but to really get the most out of it you’ll want to have played Far Cry 5 first.) Many characters return, you’ll revisit locations that have been damaged or otherwise altered, and the events of Far Cry 5 are mentioned often. Despite its post-apocalyptic setting, this really feels like more Far Cry 5. It’s only been 17 years since the bombs dropped, but Hope County was far from levelled and nature has already completely returned, bringing with it lots of pink flowers. That means this version of Hope County looks and feels… mostly the same. Longtime series comic relief Hurk Drubman Jr. even jokes that your character seems familiar and he gets a sense of deja vu that you’ve done all this before. To make things feel comically similar, if you finished Far Cry 5 you even unlock the outfit your character, the Rookie wore. You’re running around the same map wearing the same outfit, only now there are a lot of pink flowers around and some buildings are covered in rubble. It looks completely fine, but not up to the level of something like Ubisoft’s own Assassin’s Creed Odyssey.

7.4Expert Score
Far Cry New DawnBuy Far Cry New Dawn now!You will receive the key for the game by via eMail within the stated delivery time.The newest game in the Far Cry franchise brings you back to Montana into a post-apocalpytic landscape nearly 20 years after Far Cry 5....
IGN
7.5
Metacritic
7.3
PROS
CONS 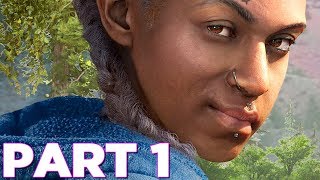 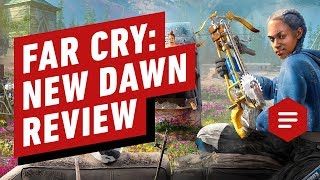 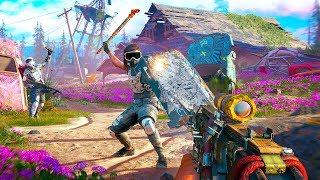 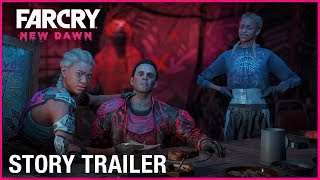