gamersgate.com
$59.99
See it
Price history
×
Add to wishlistAdded to wishlistRemoved from wishlist 0

This time around you plays as a sheriff’s deputy, part of a task force sent into the fictional Hope County, Montana. Rural America may not be quite as exotic or exciting a playground as a tropical island or a secluded mountain, but it’s a gigantic open world where things are constantly blowing up, wild animals are pouncing, and a never-ending supply of cultists are lining up to be your target practice. The mountains, valleys, plains, forests, rivers, lakes, and caves of Hope County make it a place where there’s never a dull moment. With all of that scenery and action, Far Cry 5 is a nice-looking game, but it isn’t on the same level as, say, Horizon: Zero Dawn. Even comparing it to another recent open-world Ubisoft game, it’s not quite as attractive as Assassin’s Creed Origins. It’s generally good enough, but I was sometimes distracted by the pop-in caused by the density of the landscape. Even on the PS4 Pro, it’s hard not to notice all the magically appearing trees as you stroll through the wilderness. In fact, other than the resolution on a 4K TV, there isn’t a stark difference between the PS4 and the Pro at all. 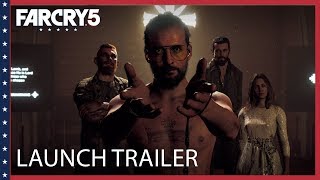 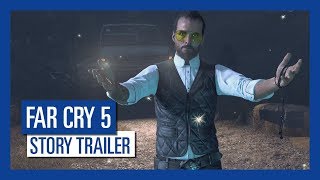 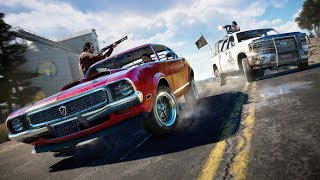 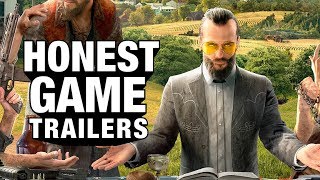 Be the first to review “Far Cry 5” Cancel reply